The parish church of Tickenham has the unusual dedication of St. Quiricus & St Julietta. Julietta was a widow travelling with her three year old son in the year 304 AD when, in Tarsus, she was recognised as a Christian and arrested and taken before the Governor Alexander and invited to recant. This she refused to do and was being tortured for her beliefs while her small son Quiricus was held on the knee of Alexander. He, Quiricus, however attempted to get to his mother and in his struggles scratched the face of the Governor. This angered the Governor and caused him to throw young Quiricus down onto the steps of his tribune which smashed the boys skull and killed him. Thereupon, Julietta thanked God for granting martyrdom to her son. A statue depicting the martyrdom of Quiricus is to be seen in the south parapet of the church tower. On the eastern parapet of the tower is a statue showing Julietta holding a sword which is said to be the instrument which finally killed her.

Tickenham Church is a little gem of ancient architecture, yet on entering one can feel that this is a well-loved church, beautiful, yet airy and intimate at the same time. It has recently been said of Tickenham Church by a builder who had come to repair the storm-damaged roof that he always enjoyed coming to the Church for its air of calmness and peace, and that there was always the scent of flowers present.

The Church, situated on a rocky outcrop on the upper North Somerset Levels, can be dated definitely to the late 11th century by its early Norman chancel archway (no later than 1100 AD), but the Nave walls may well be of Saxon origin due to their height and narrowness. The north and south aisles were added by the Berkeley family who had purchased the adjacent manor house during the 12th /13th century and their stone effigies lie in the church along the inside north wall. Above them the windows contain ancient glass depicting amongst other things Berkeley Castle and the family coats of arms. The Lady Chapel, (or Bave Chapel due to the Bave family connections), was added a little later, and the original short tower of the 13th century was heightened in the 15th century.

The tower contains a ring of six bells, the oldest being dated 1631. The south porch, again of 13th century origin contains an ancient stoup for holy water, and on the stone doorway jambs are two consecration crosses. The heavy wooden door is also dated to the 13th century, the stone step being worn into a deep hollow over the centuries. Inside the church are several early wooden bosses in the Lady Chapel roughly carved with representations of the “Green Man” and animal designs. The pulpit is Jacobean, but has lost its original base and tester. Above the pulpit in the wall is the doorway from the circular stone staircase built into the wall of the Lady Chapel and probably constructed to reach the rood above the chancel arch but taken down at the Reformation. This stairway was opened up when the Victorians renovated the church towards the end of the 19th century, but closed immediately for fear of the chancel arch crumbling due to the weight of stone above it. The Victorians also removed the deteriorating plaster from the walls of the church at this time revealing the presently much appreciated rough stonework of all shapes and colours of natural stone from the district which gives this church a most endearing quality. The Victorians also fearlessly blasted a boiler house out of the rock under the north aisle at the same time – fortunately no lasting damage to the church was done!

At the top of the tower they added pinnacles and four statues representing the story of SSs Quiricus and Julietta, both martyred in the 4th century AD in present day Turkey. Other surviving ancient glass includes small windows of Christ being crucified on a most unusual green cross, – the design being almost identical to one in Wells Cathedral dated to 1320 and Tickenham’s may be a practice example – together with one depicting Christ in Glory.

The church possesses an Early English font, and windows of various styles. The contribution added by the current generation at the millennium is the welcome addition of two modern toilets constructed off the old Vestry!

This is indeed a brief history of Tickenham Church. We have to keep the church locked unfortunately on recommendations from the police, but in the porch is a telephone number you can ring for an appointment. 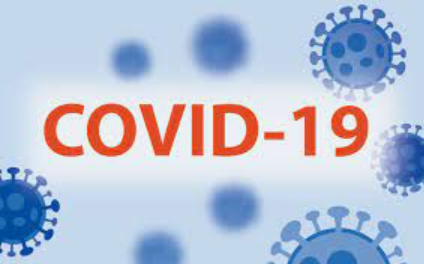 COVID-19 – Do you need help? Visit our COVID-19 page for more details.